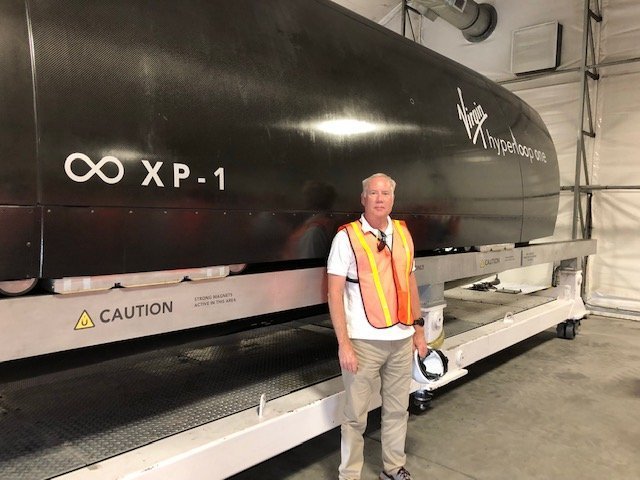 Hyperloop One and Mizzou

On March 12, 2019, Missouri House Speaker Elijah Haahr announced the formation of a special Blue Ribbon Panel on Hyperloop (BRPH). The BRPH, chaired by Lieutenant Governor Mike Kehoe, was tasked with presenting a report detailing specific steps that would enable Missouri to become “the global epicenter for the research, development, and commercialization” of tubed transport technology. Specifically, the Blue Ribbon Panel was asked to focus on two primary objectives:

1) Determining how to establish Missouri as the global epicenter for research and development of this technology, which would significantly benefit our higher education, logistics, tech, and advanced manufacturing sectors.

2) Study how various funding and financing strategies for major civil infrastructure projects around the world could apply to building the envisioned Missouri route. Place an emphasis on public-private partnership structures that alleviate risk to taxpayers.

While Missouri enjoys a significant “first-mover advantage” due to the Black and Veatch feasibility study as well as broad public and private-sector engagement across the state, this advantage could dissipate should we fail to capitalize on our momentum.  The final report of the BRPH to Speaker Haahr is therefore intended to extend Missouri’s momentum by providing state officials, regulators, technology promoters, and other interested parties with a plan that will meet the two primary objectives of Speaker Haahr’s goal of establishing Missouri as the global epicenter for tubed transport technology.

For Missouri to realize its objective of becoming the global epicenter for the research, development, and commercialization of hyperloop technology, there must be seamless collaboration among the public sector, private sector, and the higher education community. The University of Missouri is well positioned to convene a consortium of research institutions around an International Tube Transport Center of Excellence (ITTCE). The volume of passenger and freight travel across Missouri is extraordinary.

The cities of St. Louis, Kansas City, and Springfield are major hubs for freight traffic. St. Louis, for example, sees an estimated $8 billion in river cargo traveling through its ports each year. It is also at the intersection of I-64, I-70, I-44, and I-55, making it critical to the movement of truck-based freight across the country. Kansas City and St. Louis are the second and third largest rail transportation centers in the nation, and Missouri is near the geographical population center of the US. This results in high amounts of ground and air passenger movement across the state.

The University of Missouri has the expertise, capacity, and strategic partnerships in place to accelerate the successful establishment of tube transport in the US and worldwide.