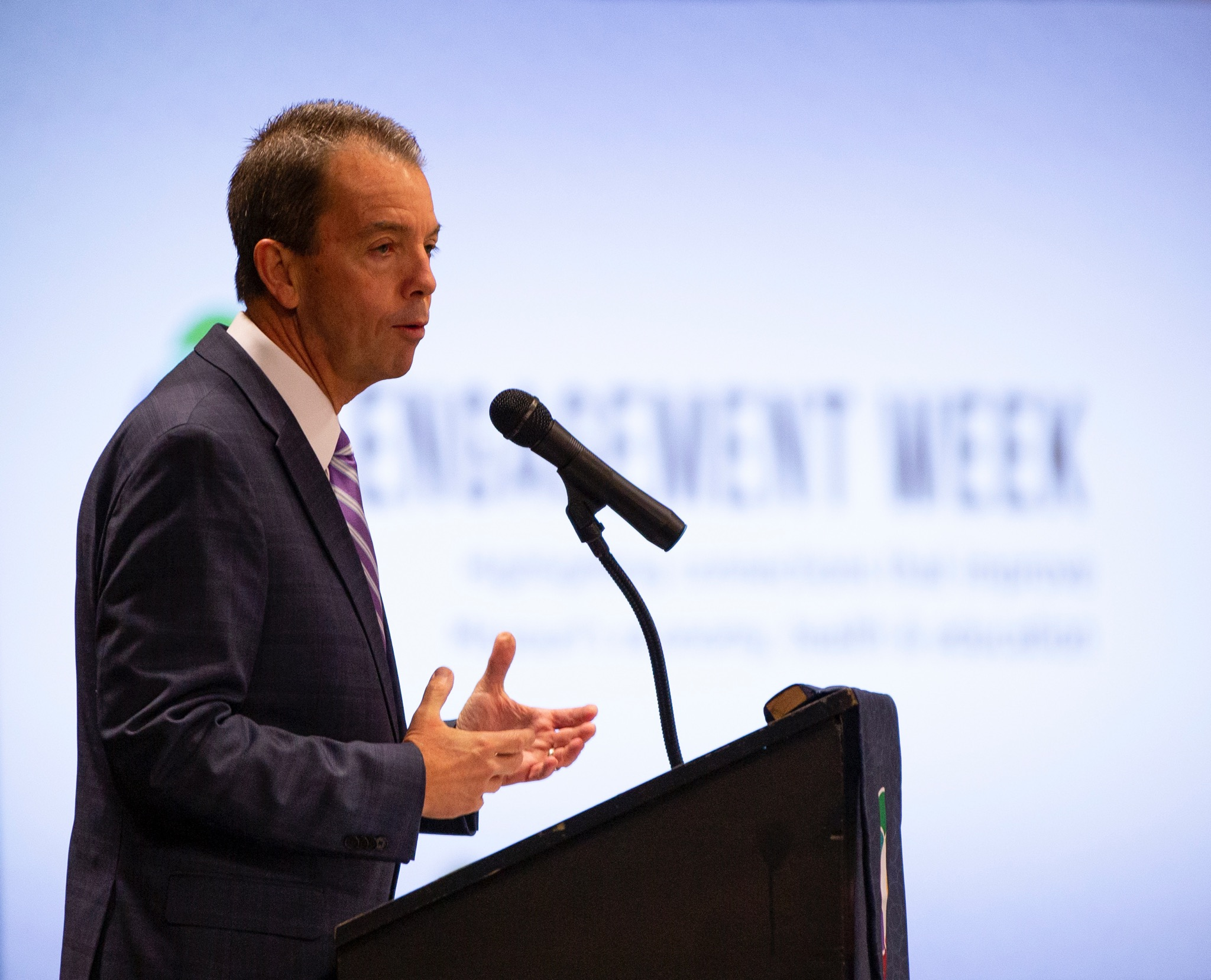 Leading the Call for Broadband

The most recent rankings on broadband accessibility from the Federal Communications Commission clearly show that Missouri has work to do—our state is ranked 41st in the country. And if you look closer, you’ll realize the data still looks better than it really is. St. Louis and Kansas City, two major metropolitan centers with better network coverage than the rest of the state, are skewing the data. Look closer still, and even these bastions of the Midwest have large patches in their networks.

It’s easy to overlook the importance of broadband. After all, the earth won’t stop spinning because someone has to wait five minutes to open an email. But here’s the thing: the internet isn’t just an email or a funny gif. It’s infrastructure. Like roads, bridges and utilities, internet networks need to be maintained and improved over time. In my time as the University of Missouri’s vice chancellor for extension and engagement and chief engagement officer for the UM System, I have seen just how critical broadband access is to Missourians across the state—whether they are trying to connect to the internet from a rural school in Neosho or managing their farm operations in Chillicothe. As an “information superhighway,” the speed, stability, and availability of the internet is key to education, innovation, and progress in our state, and it puts a ceiling on the potential for innovation—the road has to be built before we can drive on it.

We can build that road, and I believe MU can help lead the call to deliver reliable broadband to everyone in Missouri. By partnering with the state on initiatives such as MOREnet, which is bringing internet access to schools all over the state, we are already laying foundations.

Consider MU’s telehealth initiatives through the Thompson Center for Autism and Neurodevelopmental Disorders and the MU School of Medicine. Using a variety of digital communications, rural doctors can be trained to recognize and diagnose disorders like autism, bringing valuable health advice and services to people in rural communities who otherwise have no convenient access to certain types of care. But the promise of bringing diagnoses and treatments for challenging health issues to everyone in Missouri is only a promise without a blanket of broadband covering the state. A video call with a physician sounds great, but for a large portion of Missourians, a conversation with a mute mess of muddy pixels is the reality.

Think, too, of the wedge that rural internet “dead zones” drive between urban and rural communities. 50 out of Missouri’s 114 county and county-equivalents lack fixed broadband internet for more than a third of their residents, and 10 school districts in the state have buildings with no fixed internet access. Many parents go to work in a high speed world, only to come home to children who can’t connect to the internet. The wedge drives in further when many of those children don’t go on to college because distance learning, which relies on a solid internet connection, is not an option.

Those who do go to college often choose to live and work in areas that have far better internet connectivity — and cell phone service, which tends to follow internet expansion — than their rural hometowns, contributing to the loss of talented young people who have the potential to create economic prosperity wherever they choose to settle.

It doesn’t have to be this way. Imagine if research farms were internet hotspots, allowing young people to do their homework there. Imagine technological innovations like precision agriculture, which often relies on satellite technology and requires broadband, becoming the norm all over the state.

Imagine the ceiling on progress and technological revolutions falling away, allowing for unshackled pursuit of what the people of Missouri consistently say is their number one concern: economic prosperity. That reality isn’t just aspirational — it’s within our reach.

Many universities avoid full-throated advocacy for broadband. “That’s not our role,” they say. I think that is our role. In partnership with Missouri’s state government, MU brings people together to pursue education, advances in technology and partnerships to stimulate economic development, because these are the priorities of the state, the country and the world. But for them to happen, all 114 counties in Missouri need to be connected.

Say it with me, everyone: Let’s build that superhighway.

Editorial by Marshall Stewart, MU vice chancellor for extension and engagement and chief engagement officer for the University of Missouri System