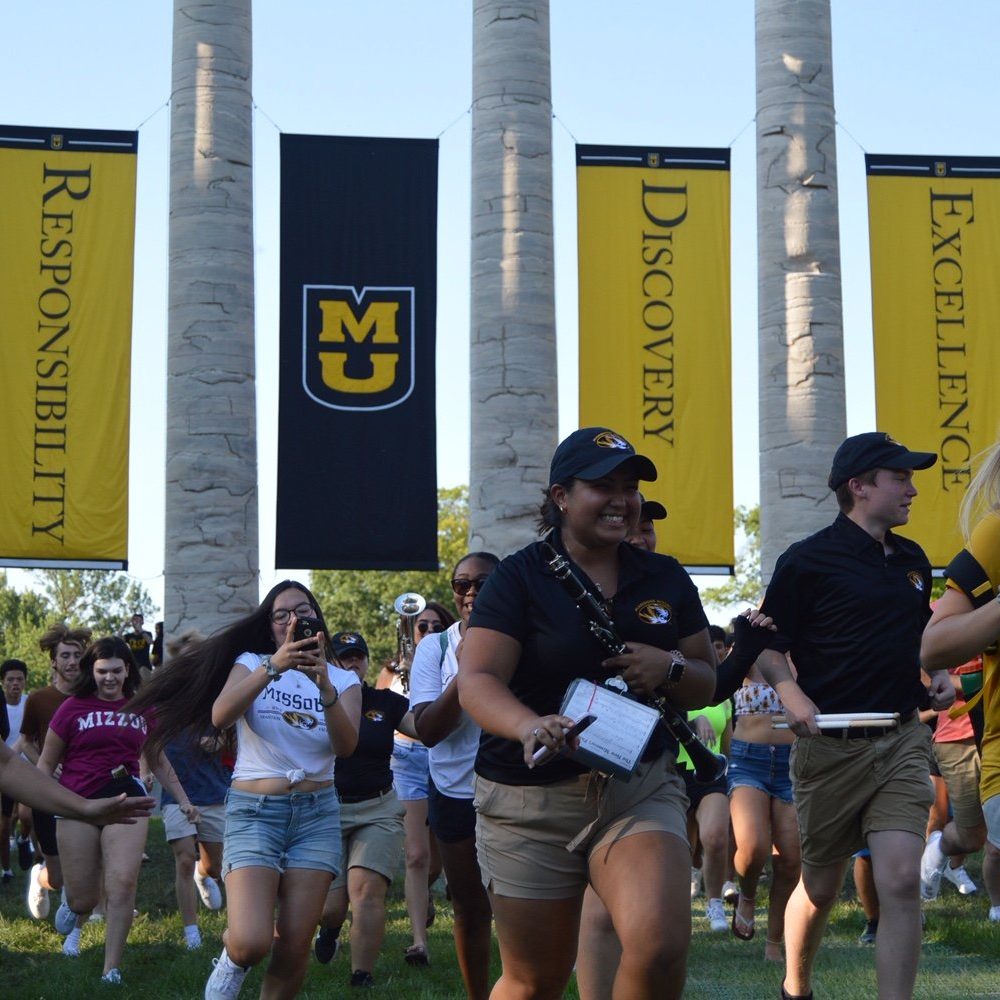 It’s an energizing time here on the Mizzou campus. While the fall semester officially began on Monday, the Mizzou Alumni Association knows a new school year at MU truly begins with the traditions celebrated in the days before classes resume. Last week, our team hosted fantastic turnouts of new students for our annual celebrations of Paint the M, Tiger Walk and First Roar, a newly established tradition for freshmen to gather in Mizzou Arena to learn the MU cheers and songs.

As I am sure you know, Mizzou celebrated another new “tradition” this week: For the second year in a row, MU has seen double-digit percentage freshman enrollment growth. On Monday, 5,459 freshmen began classes, marking a 16.25% increase over last fall. I’m proud to say that alumni volunteers played an important role in supporting MU’s enrollment effort. Beginning in August 2018, after the first members of the Mizzou Class of 2023 were admitted, alumni volunteers sent personalized congratulatory notes to almost every single student admitted to Mizzou for the fall 2019 semester. This program gives the admissions process a personal, local touch and helps show our admitted students what being #MizzouMade is all about. As we have found in years past, admitted students who received a personal note from an alum are twice as likely to enroll at Mizzou as those who did not receive a note.

Our great enrollment news comes on the heels of another exciting Mizzou milestone: This summer, MU celebrated a record-breaking year in philanthropy, raising $200 million raised in FY19 and shattering the previous record of $170 million set in 2017. The $200 million also included a record-breaking $21.3 million in annual giving, which includes gifts under $10,000. This exciting trend proves that, time and again, Mizzou alumni and friends are dedicated to strengthening Missouri’s flagship university.

Both of these instances – alumni volunteer efforts in writing notes to admitted students and record-breaking alumni giving through small, annual gifts – are recent, high-impact examples of how alumni support has proven crucial to Mizzou’s overall success. Now, more than ever, our alumni are eager for opportunities to help make Mizzou stronger through their time, talent or treasure. In my daily interactions with alumni, the most popular question I receive from Tigers is by far, “What can I do to help?”

When it comes to ways alumni of all ages and across the world can support Mizzou, there are three things I encourage all alumni to do:

Thank you for all you do to make Mizzou stronger. I hope to see you on campus this fall!